It is common for pet owners to seek internet medical help long before calling a vet.  There are two things we must realize about internet advice.  First, no one can accurately diagnose issues without seeing the animal in person.  Second, there is a reason why many people recommend seeking medical care.  Why?  See the first reason.  Here are a few things I have seen online to help show the importance of seeking medical advice to get a correct diagnosis: 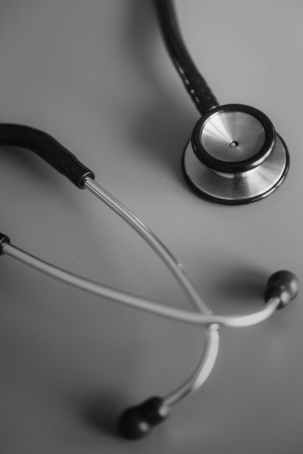 Photo by rawpixel.com on Pexels.com

A dog owner asked a grooming group about his dog’s skin condition. The dog was not scratching but was developing flakes and an odor. Now he was digging at his ears and acting off.  People instantly “diagnosed” the issue and recommend various treatments including: feed a different kibble, feed raw, injectable ivermectin from the feed store, bathe the dog in cider vinegar, add coconut oil to the food , homemade ear flushes, etc.  Other people suggested seeking medical advice instead of only treating symptoms.  These people explained there were various things that could cause the symptoms and the dog may have several things going on.  If one or more were the cause and not addressed, the dog would not improve. There was no way anyone could tell what was causing the issue without seeing the dog and possibly running tests.

Another owner was concerned her dog was refusing food.  The suggestions get the dog to eat were many: he will eat when he is hungry, feed raw, add broth, add cooked meat, feed a better food stop feeding kibble, feed canned only, try baby food, etc.  Some people suggested a vet visit and listed a bunch of things that could cause a refusal to eat. The owner chose the non-vet route. Over the next weeks the dog began losing weight and condition.  Finally, the owner went to the vet.  The dog had abscesses in his mouth. He was not eating because it hurt.

A cat owner was worried about litter box refusals. The first thing to do is rule out medical causes while addressing environment.  She chose the “cheaper” route of addressing environment only.  The situation worsened. Finally, the cat stopped urinating all together.  He started with urinary crystals, which would have been easier to address, and now had a full-blown urethral blockage.  Her medical bills were significantly higher now that the cat needed surgery to remove the blockage.

The sooner you seek medical advice the better for your pet.  Also, it could be better for your wallet.  I spoke to a vet who was having a rough week.  He had euthanized several animals.  What upset him the most was most animals had been exhibiting symptoms for some time.  The owners went online to seek advice before calling him. They were told to give recommended treatments several days to weeks as some can take time to show any effect. Instead the conditions worsened, the vet bills were going to be much higher because treatment would be more involved.  Some of the pets were too far gone to save while for others the choice to euthanize was financial.

Another concern is internet advice is designed to treat symptoms only.  If someone says they have a dog who has developed an infrequent cough some would say early kennel cough, others would say allergies (depending on season). Well in the case of one of my senior dogs her cough was a symptom of developing heart issues.  Discovered how?  By a vet.  Why?  People cannot diagnose things without seeing the pet. I knew that cough could be a host of things from simple to the beginning of something life threatening.

As a trainer I am often asked to diagnose a medical condition or say what I think may be going on.  First, I am not a vet. No one but a trained vet can legally diagnose a medical problem.  What can I do? I can encourage you to seek medical advice.  I can explain why to see medical advice. After that, depending on the diagnosis, I can adapt my work to the needs of your pet.