Guarantees and Time Frames – there are none

I will not guarantee my work, no trainer ethically guarantees his/her work.  Think about it for a moment.  A trainer or behaviorist’s job is to teach dog owners how to change canine/owner dynamics, teach behavior modification, management and safety.  A trainer is in your house maybe an hour or so a week. What of the other 6 days 22 – 23 hours we are not there? 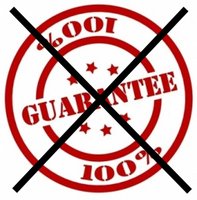 OK, so you are using day training where you drop your dog off while you work and pick him up after?  Are you doing what the trainers were?  Are you working with your dog after work or on the days he is not at day training?

You decide to use a several week board and train program.  What happens when the training is over and the dog is home?  Are you doing the work?

What if the situation is truly something that needs to be addressed in the home and out of the home training is not the best type of training yet you insist on it even when told the drawbacks?

Some owners think the work is only the responsibility of the trainer.  In reality, owners play a huge part in the success of a training program.  Now I ask: what if there is a lack of owner/family compliance with homework and life changes?  The results can be less than desired. Here are a couple examples:

Jake was a 120 pounds of adolescent mayhem.  Jake was taught by young, wrestling fanatic Joey that the best games were to tackle and maul humans. After a young visitor was injured, Dad put his foot down: the games must stop.  I implemented a plan of canine/child behavior modification, teaching more appropriate games and strict management.  After weeks of no improvement, various tweaks to the program and Mom insisting she was following the plan, their oldest child announced Mom was lying to me.  If Dad was not in the room, Mom allowed Joey to play the games that encouraged dangerous play.  When the program was finally followed, things began to improve.

Marvin was a known higher energy, thinking breed. His owners expected him to live a sedentary life of boredom due to their schedules.  This was destroying Marvin and affecting his ability to focus on manners work. I created a program including physical and mental workouts, resources to get him out and active and then began a manners program.  Within a week there was significant improvement. Marvin was a new dog! After a couple more weeks, Marvin started exploding into spins, violent air snaps at seemingly nothing and unable to redirect to his name or anything trying to get him to focus.  I contacted their vet, explained what we had done and why I wanted the dog seen.  She agreed and performed a comprehensive workup during which Marvin’s owners admitted to the vet they stopped following the protocol.   The husband admitted to me they were tired of the life changes and were hoping if Marvin became insane, they could find a vet willing to medicate him to make him calmer.

Scrappy was a very destructive chewer. Management and safety were the first things I addressed.  I provided different toys, verbal and written instructions what toys to avoid and why.  I implemented a training program and activities that would meet his needs in a safer manner.  At the second session, I was assured all forbidden toys were gone.  However, Scrappy’s owner did not comply.  She was hiding the banned toys before I came for sessions.   Eventually she left a banned toy in his crate while she went to work.  Scrappy shredded, ate the toy and almost died from several  blockages in his intestine.

Once a trainer leaves the house or the owners leave a class, what happens next is out of the trainer’s control. All I can promise is to do the best within my current skill set, keep up with my education as a trainer, give you things in writing to supplement my work and provide various resources.  If I feel your situation is outside my skill set, all I can promise is to teach you management procedures and guide you to someone better qualified.

Now what about time?  We have no crystal balls.  We cannot tell you how long a situation will take to fix.  Part of why is the same reason as why we cannot guarantee our work.  There are too many factors playing into how long things will take.   A few are: 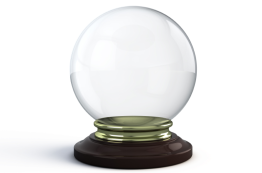 Sometimes there are situations we cannot resolve even with work.  Sometimes it is a lifetime of management only and even considering a change of environment for the dog.

Mrs Smith acquired a dog who did not like other dogs at all. She insisted the dog could learn to love all dogs.  Skippy really hated other dogs.  He would work to attack other dogs.  Even if the dogs were 100% ignoring him, Skippy would do all he could to go after other dogs.  Skippy’s level of fear was intense.  Mrs Smith felt Skippy would love her other dog if given a chance.  Skippy needed to be an only dog.  Skippy began redirecting his fear responses to humans.    After four weeks of intense work, there was little change.  It was not much but at least Skippy could walk past a closed room confining the other dog and not attack the door.  It was all undone when Mrs. Smith stopped following protocol and decided to do her own thing against various professional recommendations.  Mrs Smith started leaving Skippy and her other dog alone to work things out. The other dog would always walk away from Skippy so she felt Skippy would tire and realize attacking the other dog got nothing. The other dog lost tolerance for Skippy’s aggressing and was fighting back. Mrs Smith wanted to know how much longer it would take to fix Skippy.  How could I answer?

In reality, as she was told, Skippy needed to be an only dog.  In reality there was a good chance the dogs would live the rest of their lives highly stressed, even if we could get Skippy’s attacking to stop.   Skippy was very sweet and personable to humans only.  Something happened in his history that created intense fear of all dogs.  Maybe there was a hereditary component.

There are no crystal balls, there are no guarantees.  All we can do is promise to do our best to help you.  This is also what you need to promise your dog.