Posted on September 6, 2015 by westwinddt 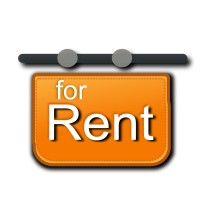 I was called to evaluate a huge, newly adopted dog. During my evaluation the owner commented that her community had a weight limit for dogs in the townhouse and condo section. Prior to adopting the dog, the owner knew the limit but chose to ignore it. The dog exceeded the maximum weight by over 100 lbs. Additionally, since adoption the dog was exhibiting dangerous behaviors.  In order to prevent him from attacking visitors, the dog had to be tethered to a main support beam in her townhouse.  He was too big and strong for the tiny owner to manage.  The dog tried to attack everyone he saw. Various complaints had been lodged against the owner. She knew it was a matter of time before she would be forced to give up the dog or move. The dog was extremely dangerous and should never have been adopted.  However, even if he was the sweetest dog in the universe, his new owner was in violation of her lease.

A potential client was furious he was given thirty days to find a trainer or his dog would have to go. The dog had bitten several residents. The owner refused to follow requests to have the dog on a short lead (he was using an extending leashes). The owner admittedly waited three weeks before even beginning to call trainers. He called me three days before Thanksgiving stating he needed his dog fixed by that weekend.  (Note, HOLIDAY WEEK and he called me on Monday, I was working Monday night and heading out of town Tuesday).  He was upset no one could get him in that week or fix his dog fast.

A management company for a townhouse complex upset residents when they changed rules from just permission needed for dogs and cats to permission needed for all pets – even caged. Why? Well a couple moved in with two very loud, large parrots. The birds screamed and disturbed the peace starting at dawn. They screamed all day until dusk. Due to a high number of complaints, all animals needed approval.

Another caller was facing eviction if she could not repair or pay for the thousands of dollars in damage to her unit because she refused to better manage her pup. The bored pup chewed walls, damaged doors, ripped up carpet, etc. As the pup grew larger, so did the damage.  However, the owner refused to consider crate training to limit the damage when no one was home.  Unless she was willing to increase her management, training would not be enough.  Prevention when the owners were not home to observe and train was vital.  Since the main owner refused to even consider any form of management, there was little any trainer could sanely do to help.

People complain about pet regulations management companies have in place. Well let’s look at it from management standpoint. They are ultimately liable for anything that happens on their property. Once landlords or property managers are made aware of a bad situation, they need to act. If they do not and there is another incident, such as a bite, the property owners can be sued. Animals can severely damage their property. What if the owner does not cover the expense and just leaves? If you are a pet owner or rent and want to get a pet, what can you do?

First, ask for all pet policies in writing and read those sections of the lease. If there are questions, it is your responsibility to get them clarified. Ignorance of the lease is no excuse. What are a few questions you should ask? Are there any species/breed/size restrictions? Is there an extra fee for pets? What are the rules for fencing properties or setting up dog runs for confinement? If pets are banned in the future, will there be a grandfather policy?

Second, work to prevent issues. It is far easier than trying to resolve things when a landlord has given you a deadline. Positively based training and careful socializing works to prevent concerns.

Finally, do not knowingly violate your lease. If you know the lease prohibits or has restrictions on type of pet, size, number of pets, or breed, respect that. It is selfish to put an animal in a position where he will have to go if you cannot move because you violated the lease.